December 20, 2017
Awareness is the first step to preventing and responding proactively to sexual abuse. 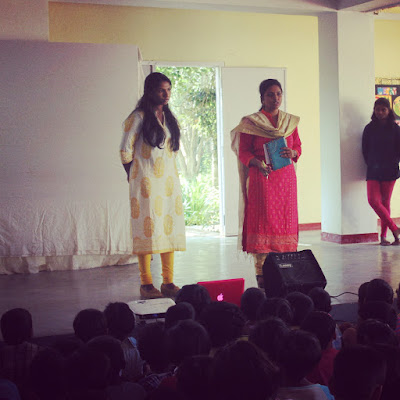 The last week of school at Shanti Bhavan before Christmas break is always abuzz with activity -- from wrapping up with semester exams to preparing for Santa’s arrival. While the children excitedly discuss how they plan to spend time with their families, the grown-ups have more serious thoughts on their minds.

Their concern is translated into long chats with the children, first individually and then as a group in the school assembly on matters concerning personal safety, staying hygienic and how best to handle difficult family situations like alcoholism, death of a relative, and violence.

“We feel nervous to have the children away from us but they need to be with their parents and siblings. They cannot lose touch with their families,” says Ms. Raji who juggles dual roles as head matron and class teacher for the pre-school. While there is plenty of anxiety in letting the children out of their sight and care, the caretakers also understand the importance of family bonding and re-connection, for both parents and children alike.

In my role as a part-time teacher at the school, and as a former student and a trainee counselor, I cannot overlook the need to talk openly to the children, especially on the dangers of being sexually abused. I had an opportunity to do so at the school assembly last week. I began my talk by deconstructing two of the most common myths around sexual abuse: the first being that only girls get abused, and the second, most abusers happen to be strangers. “70% of the time the person who commits sexual abuse is someone whom you trust and love. They are within the four walls of your home,” I shared my thoughts in an emphatic tone.

“A person can affectionately kiss you on your cheeks or forehead or your hand. Not your lips. Touching your breasts, your thighs, your buttocks and between your legs is not right,” I continued, trying to ignore the loud, shy giggles from the younger children in the front rows. The older children listened attentively even though I wasn’t telling them anything new. This conversation takes place every year when the vacations are just round the corner.

Remembering stories of unpleasant experiences that my peers had encountered when we were growing up, I added, “The adults whom you trust, such as your parents or grandparents, cannot make you feel guilty for reporting abuse to them. If they try to blackmail you into keeping quiet about it, you should let your teachers and housemothers know about it.” I distinctly recalled the moment when my own grandmother yelled at me for complaining about her son -- my uncle – to the school staff about making me feel uncomfortable with his conduct when I was in the eighth grade. Maintaining family honor cannot be an excuse for silencing abuse. Abuse is always wrong. Nothing can make it right.

I’ve come to strongly support the culture in Shanti Bhavan of open discussion and transparency surrounding topics such as this though there are some who are of the belief that by talking to children about such issues, we unnecessarily pike their curiosity and mar their innocence. Children are the most vulnerable targets of abuse in any form, be it sexual, physical or mental. By educating them on this, we help them take the first step towards protecting themselves through awareness. Being aware means being conscious of their surroundings and relationships, especially when something is amiss.

By taking on a preventive approach, we help children arm themselves with not just the knowledge but also the courage to speak up when the perpetrator tries to manipulate them into silence. By failing to do so, we are allowing child abusers to walk away free. Childhoods are lost to the trauma of abuse. The scars remain for the rest of ones life.

It’s never too early to start the conversation.

This year I was brought into the Shanti Bhavan team that selects children for the new pre-school class. My training in psychology and a graduate of the school were considered helpful to the process. Being no stranger to the typical rural life and its cultural disposition, I was confident on providing useful insight into the behavioural and social dynamics that are integral to marginalized communities. By the end of our two months of search, we came to a few realizations.
The face of rural communities had undeniably changed over the last decade as job opportunities created by urban industrialization had significantly impacted their life-style. Many commuted daily to cities to work as security guards, housemaids, drivers, construction workers, and in other low level jobs, contributing largely to the labour requirement of businesses.
Very often we came upon locked houses and deserted streets, with children away at the local government school and both parents at work. Women like my mother w…
Read more 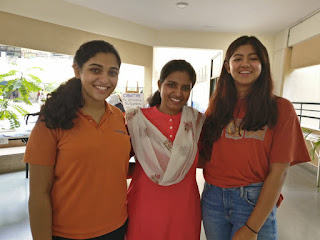